This performance was powerful. Both artists demonstrated amazing stamina and great sensitivity throughout the work.  The choreography was simple but well-created  and changed the performance from being a simple recital to a theatrical performance which helped enormously to envelope the audience within the work.

Alex turns his trademark charm and wit to telling effect as the sly, manipulative investigator …. his splendid baritone voice … takes on a new sense of menace as his every word carries threatening implications.

Alex Poulton has exceptional gifts communicating the particular character of each song.
Whether in the haunting poignancy of Butterworth’s  ‘Is my team a ploughing?’ or the flippant dexterity of Coward’s ‘Mad Dogs and Englishmen’, Alex Poulton knows how to point the words.
The capacity audience loved his wide ranging and satisfying recital.
William Cole – The Elgar Society Journal –  11th February, 2019
A delightful recital of English Song was given on Saturday at the Spring Arts & Heritage Centre, Havant by baritone Alex Poulton and pianist Peter Rhodes.

Alex is a fine baritone and a great communicator; all his songs were not merely sung but performed. Body gestures and facial expressions contributed to the delivery, especially in the comic pieces.

‘A treasury of song and solo piano’ was presented by Alex Poulton – baritone and Valentina Seferinvoa.

A capacity audience enjoyed a most imaginatively constructed programme. Singing with absolutely assuredness and beautiful tone, Alex was exquisitely accompanied by Valentina. This was truly an exceptional concert delivered to a high professional standard which enthralled the audience throughout.

….the Butterworth ‘ Is my team ploughing’ so moving and it was so beautifully sung. It’s not just the voice but the performing abilities which make a Poulton recital so engaging! And exemplified to perfection of course in the encore ….
Caroline Cornish – Exeter Post – 27th July, 2018 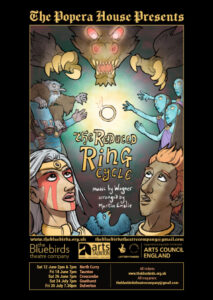